Do I Need Conversion Therapy?

Are the winds of change coming for the LGBT community?

“I am queer. I am attracted to someone of my gender”, you share this, fearfully with your parents. You confess after spending hours and hours, perhaps weeks, with every bit of strength you have in your being.

You come out to them thinking it’s a safe space – after all, they are your parents and they love you unconditionally.

“I am cursed. How could I have given birth to someone like you? What is this illness you have? Oh, God” your mum exclaims, with tears in her eyes. “I will go on a hunger strike unless you become ‘normal’ again”, she laments.“How dare you even consider this. How dare you bring shame to our family. How dare…” says the father, looking disgusted.

They make it all about themselves and disappear into their shells for a few days. No conversation. They are now desperately seeking a solution.  They finally surface, coming up with two solutions.  One is to put their ‘unwell’ child through an extensive religious ceremony to take out the ‘devil’ inside.  All the child has to do is blindly follow the religious baba or the priest’s sermons, so at the end of the sessions, the ‘phase’ will be over and the child will become ‘normal’ again.

The other solution they think of is to put their child into a psyche unit (mental institution) and put them through extensive medical interventions including shock treatment, so that they may be ‘cured’ of the ‘illness’ they seem to have.

In 2019, Anjana Hareesh, a 21-year-old student, committed suicide. It is alleged that there was a link between her suicide and the fact that she was forced into conversion therapy by her family for coming out as a bisexual.

There have been many such instances in the LGBT community of individuals who have faced this, and who have been put through a ‘conversion therapy’ using cosmic healers, religious and medical practitioners. It is often cruel and  barbaric.

So, what is conversion therapy?

It is a practice to change the sexual orientation of an individual, from being a homosexual to become heterosexual.  The medical community has denounced this practise as unethical, because such conversions are carried out with an assumption that homosexuality is a mental illness, and there is no scientific evidence to support this. But, sadly individuals in the community are still subjected to this by their families.

Homosexuality has been decriminalized in India since September 2018, yet the mind of the overall Indian society has not changed – it is still extensively believed that homosexuality is abnormal and the individual is diseased, and such practices exist, sadly.

This is why today’s ruling in the Madras High Court, banning medical and religious attempts to ‘convert’ a person’s sexual orientation is a big step towards this basic human right. They have provided strict guidelines which should help the community face less harassment basis its orientation.

In a country where homosexuality is considered a sin, how does one ‘come out and feel safe?

Decriminalization is only one aspect of making it easier for the LGBT community. Until we get rid of our mental attitude towards homosexuality and accept an individuals orientation as their basic human right and get rid of this archaic way of thinking; we will never create a safe space for anyone, let alone someone from the LGBT community.

Straight from the Desk of a Gay Woman 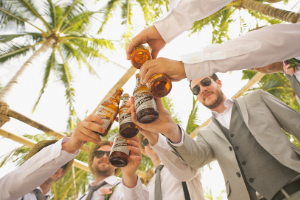 “Hey dude”, he exclaimed aloud, as he patted me on my back. I observed this was something he did with the other blokes around. I nearly fell with the force of his pat. I was not used to being hit on my back by men (or by anyone for that matter. Women hug we don’t pat). He was excited and had much to say and show. I found myself in the midst of a dozen smart, professional men looking at something that this person was sharing. He turned to me and said, ‘look at this dude’, and showed me a photo of a naked woman, expecting me to drool perhaps and fall on my knees perhaps, as some men do.  I did not drool, nor did I feel any sense of excitement. Although I was not shocked, it did make me feel very uncomfortable. I found myself walking away to my favourite spot – to a group of women who welcomed me with warmest hugs. END_OF_DOCUMENT_TOKEN_TO_BE_REPLACED