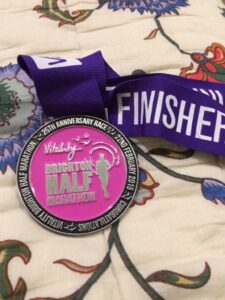 LIVING MY WILDEST DREAM, HALF MARATHON (21 KMS) IN 18 WEEKS

My story so far:

So those of you who have followed my journey would know how difficult it was for me that time in 2012, when I was very ill. Walking 5 minutes was a huge effort, let alone the thought of running. It was only going to get worse, and possibly result in the ultimate – death.  It was pure strength of will, focus, absolute determination, hard work and the support of my family and close circle of friends that helped me reclaim my health and my life. I have come a long way since then. I can now run 5 km, I won’t say effortlessly, but quite easily. END_OF_DOCUMENT_TOKEN_TO_BE_REPLACED